A wise person once coined the phrase “Chickens are like Potato Chips, once you start you can’t just have one”. If that goes for keeping Chickens, believe me, it gets even worse once you get infatuated with a certain variety and start getting into breeding them.

I bred Silkies in all colors (many of which became part of the natural food chain as I live near a Wildlife Sanctuary and even the best enclosure cannot compete with Hawks, Coyotes, Black Bears and the occasional Bobcat), English Orphingtons, which I still miss but they take a whoooooole bunch of time and dedication, especially since our climate is not the greatest for such large, heavy feathered birds. And now, after lots of research and reading up on rare and endangered heritage breeds, I have settled once again, and this time it will be the ERMINETTE CHICKEN – along with LIEGE FIGHTERS, but that’s a story for another time…

Why the Erminettes you ask? The short answer is that I love Mottled Cochins and Erminettes basically resemble an inverted version of them. The long answer is the more I researched this breed the more fascinated I became.

Let’s start off with the breed history. If you are all into the nitty gritty details here is a great article about this old breed https://www.feathersite.com/Poultry/CGD/Erminette/BRKErminBurroughs.html

For those of you fascinated by history but with less time on your hands here is the short version of the story: This breed originated in the West Indies and was noted for their beautiful coloration pattern. The first Erminettes were brought to America in the 1860’s. As it is not a true breeding color (yes, it is that dreaded gene again that may give you also a white or black bird, just as in the blue gene), and as time passed, the breed was considered extinct in the 50’s and 60’s. Until Ron Nelson, a renowned poultry breeder, was driving in Wisconsin one day and noticed a flock of chickens that resembled the old, extinct Erminette breed. Going to the house nearby an elderly lady said that these were indeed Erminettes that had belonged to her grandfather, who had passed them on to her father and in turn to her. So, Ron took some eggs, started incubating them and slowly restored the breed. While Erminettes are predominately white with some solid black feathers throughout, there is also a white and solid red feathered variety. They are a dual-purpose bird (if you were crazy enough to ever eat one of them!) laying medium size white/cream eggs, are clean legged and mostly single combed, with a built that closely resembles a Plymouth Rock Chicken.

The breed is not totally perfected (notice it says mostly single comb for example) but is very historical. The birds are gentle, go broody, are cold hardy and forage well. 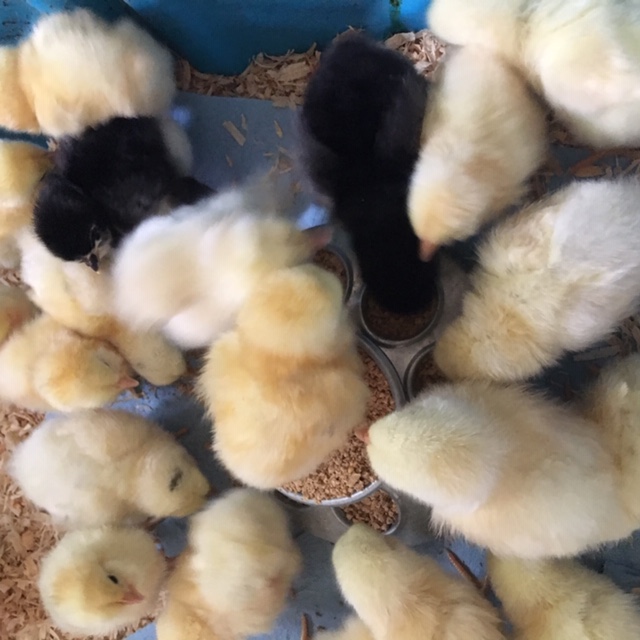 Well, and there you have it! My competitive streak has been ignited to produce some beautiful, consistent birds with beautiful coloring, along with my passion for rare Chicken breeds. I have not seen what the red coloring looks like yet, but who knows, I may like those even better than the white with black.

For now, the babies have finally arrived (thank you Matt from Smoky Butts Ranch) and are settling in after their journey in the Post Office truck 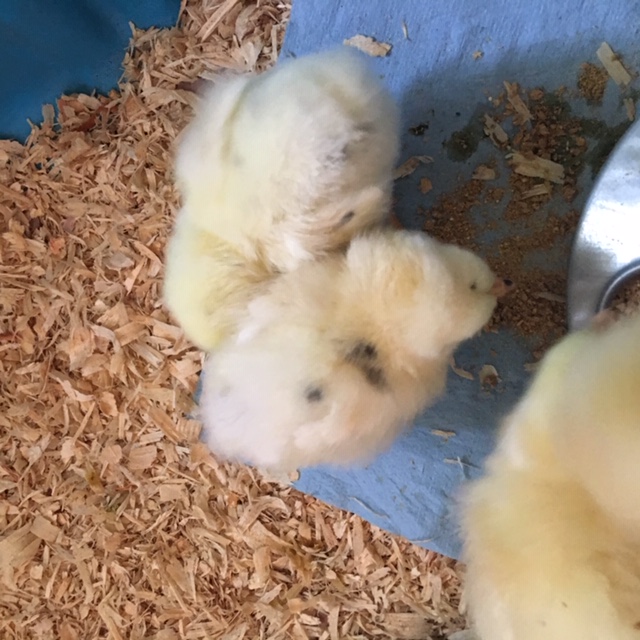