The use of Oregano, or Origanum vulgare, is most common for cooking, especially on Pizza, for the obvious "tastes like Pizza" effect. However, with its calming effects on the gut and antibiotic qualities, the uses for the backyard poultry keeper should be obvious, yet a lot of people do not know about this easy to grow, inexpensive herb. A a matter of fact, if more commercial poultry keepers would make use of Oregano in their feed we could probably reduce Dysbacteriosis and the often resulting Coccidia infections greatly. Especially since Oregano is widely known, easily measured, and it's antibiotic effects are well proven. 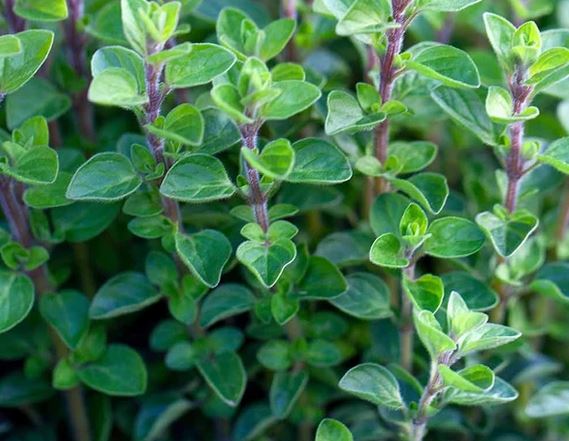 Before getting too overly excited, though, let's first have a close look at what Oregano can and cannot do.

Carvacrol, Thymol, ß-Terpene and p-Cymene are the active components of Oregano. All of these components are able to reduce or hinder the growth of bacteria. Most tests have been done to study effects on E coli, Salmonella and Clostridium.

By utilizing Oregano in the feed the development of bacteria can be inhibited, which also has an effect on so-called Dysbacteriosis in the digestive tract. Dysbacteriosis is a term for a microbial imbalance or maladaptation on or inside the body, such as an impaired microbiota, which are actually the "good" bacteria in the gut. The overgrowth of bad bacteria lead to an increase in gas and severe pain in the digestive system. In chicks the onset of Dysbactoriosis can be observed by excessive peeping and complaining. Making use of Oregano can help stop the onset.

As a sidenote, by helping keep a healthy balance of microbiota the risk of coccidiosis can be greatly reduced without medication. Coccidia are tiny single-celled parasites that live in the wall of  the intestine. Stress can increase the risk of developing coccidia - hence so many baby chicks having been sent in the mail are at a much greater risk. Coccidiosis and the resulting diarrhea can quickly weaken and even kill a baby chick. But let's keep the focus on developing a healthy immune system by use of Oregano.

How can I make use of Oregano?

As soon as chickens show signs of soft, foamy, yellow colored droppings a highly concentrated dosage of Oregano tincture should be given in their water. With the help of a pipette or syringe the dosage can be measured very easily. For the right dosage please consult a veterinarian as it needs to be much higher than the normal dosage; for regular treatment one drop of pure concentrated Oregano oil per gallon of water is recommended.

As backyard chicken keepers we have the advantage that our chickens usually are easy to treat without much effort, so the use of oregano tea or oils should be fairly uncomplicated.

Making Oregano tea for your chickens 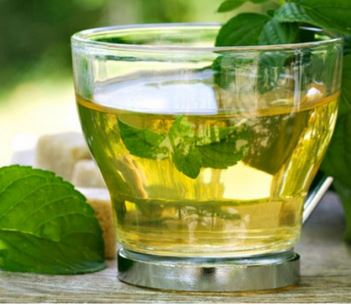 In case you do not grow Oregano in your garden (I highly recommend it!), using dried Oregano leaves is fine, but I do recommend using organic, high quality leaves.

Simply use about 2 tablespoons Oregano and pour one cup of boiling water over it, let steep for approx. 10 minutes. After cooling off this tea can be given directly to your chickens or chicks to drink.

Caution! If the animal is already so weakened from diarrhea that they cannot drink by themselves do not try and feed or water by syringe or such, as the liquid often runs into the windpipe and will lead to suffocation. If they are that weak, take them to see a vet!

For diarrhea that just seems to have started Oregano oil can be given via the food supply. Oregano Oil can be purchased on every corner so to say, yet if you have Oregano growing in your garden you may as well make it yourself for free.

The formula to make the oil is as simple as 1:1. One cup oil to one cup Oregano. Sunflower oil works very well, but you can really use any vegetable oil available. Simply mix and let sit for approx. 3 weeks, shaking occasionally. To shorten the process by about a week set your filled jar into boiling water for approx. 5 minutes to give the Oregano a kick start in releasing the oils. After it is cooled, close the jar and let sit for 1-2 weeks. Strain out the leaves and your oil is ready to use. Drip about 1 teaspoon over the chickens feed and let them eat. Do not use more in one sitting as the food turns into a solid lump pretty quick.

In closing, please be aware that not every case of diarrhea, especially if severe, can be cured by using Oregano. However, if you know your flock well you will be aware when something is just a "little off" and can easily be corrected or when something is really not quite right and will need the attention of a professional.

Conclusion: Oregano is a great natural antibacterial to thwart off Dysbacteriosis early on. You don't have to wait until something is wrong though, to feed your chickens a mixture of fresh or dried herbs every now and then. Because a few herbs will not only be a great treat for them, it will serve as a prevention to disease from the get go.