Its not even the end of August and the stores start putting out their Halloween Decorations. While that usually annoys me to no end, this year I happened to stumble across a Halloween Decoration that involved Chickens. Well, maybe it was not meant as a Halloween Decoration, but it was a Pumpkin with Chickens printed on it no less. Which immediately made me think about how cool it would be to carve a pumpkin that is Chicken inspired, better yet, a whole row of pumpkins lining the front hill of the farm, one by one with a Hen, a Rooster, a Baby Chick.... since our front lawn is endless (several acres may I say) so are the possibilities. Alas! I am set upon a whole new path of obsession: The Halloween Rooster Pumpkin. Or the Chicken Halloween Pumpkin. Or the Baby Chick Halloween Pumpkin. Okay, maybe now we are getting a bit far from scary, but I never liked the whole scary thing at Halloween anyway.

So I set out to carve the perfect Chicken Pumpkin. Looking at the result, maybe I should not have free-handed it, I think next time I better find some online templates first. My Rooster rather looks like some fire dragon Phoenix. His butt was so big, it barely even fit on the pumpkin. Originally I wanted to have him devour a whole bunch of little pumpkins, but by the time I got to the little pumpkins it was almost midnight and I rather had enough of the carving. Here is the result of my first Halloween Chicken Pumpkin attempt. What do you think ? 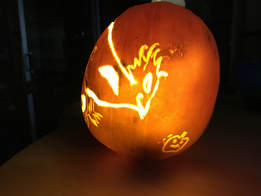 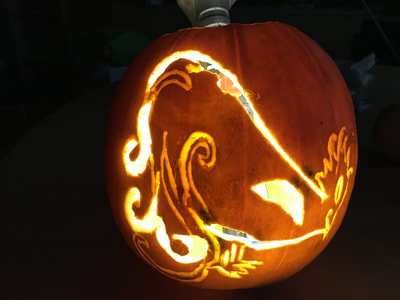 I looked around online for some Patterns to carve a Chicken Pumpkin, or better yet, a Rooster Halloween Pumpkin and came across some pretty neat stuff. Not sure if I could actually carve those; here are some of the templates I found: 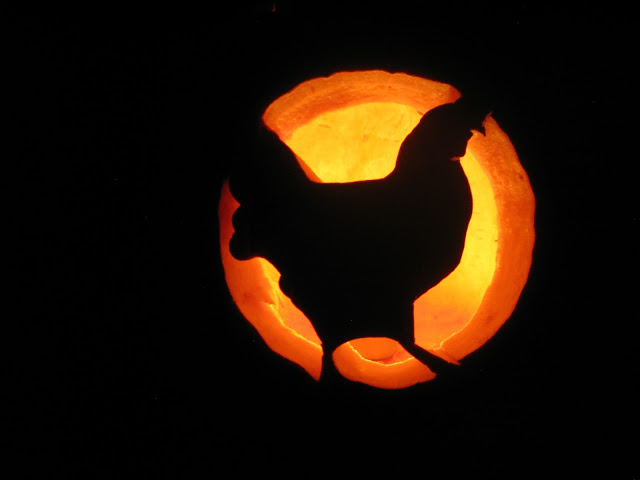 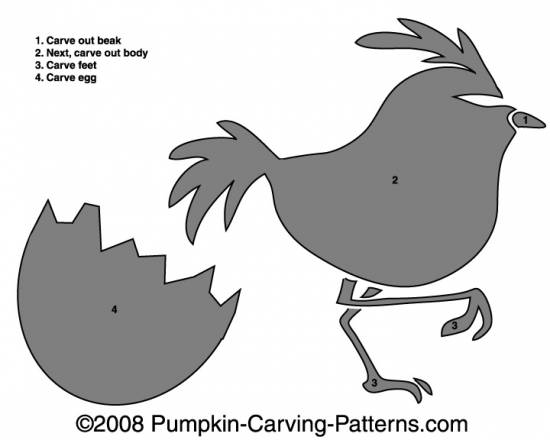